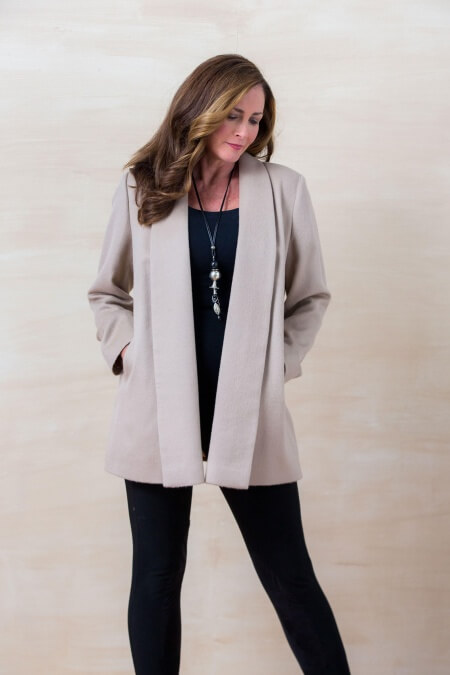 The shape is classic blazer. The material is fine Baby Alpaca. The occasion? You choose. Business, pleasure, an overcoat or a blazer. It’s high quality. It’s set in a style that will never go out of style. If you are a woman that has everything, look again!

Please go to the Instagram Feed settings page to create a feed.