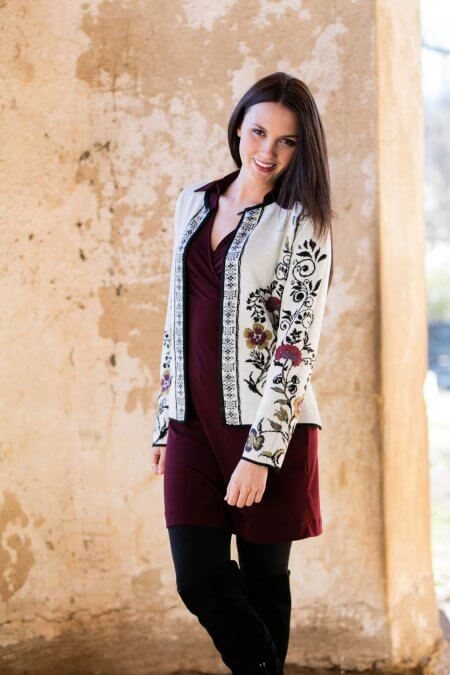 Two in One Sweater

Handcrafted floral bouquets on an ivory background. Reversible to give you two worlds of color.