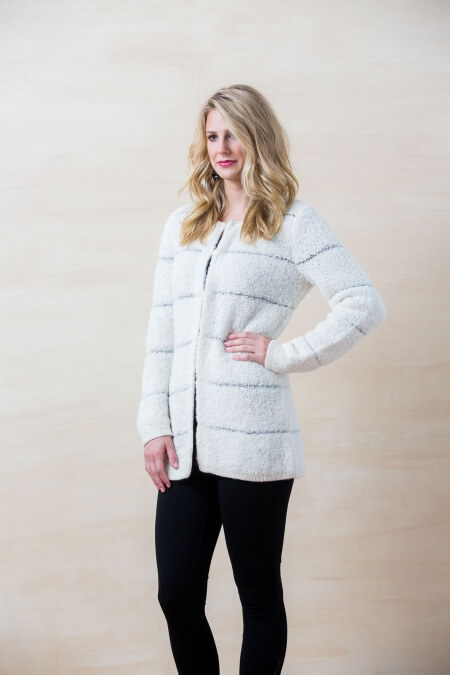 We use Alpaca yarns so soft they defy imagination.  Then we craft the garment to create a snowy warm feel. Wear it with slacks or dresses. Solid colors underneath it show through to create different feel with every variation.

Please go to the Instagram Feed settings page to create a feed.